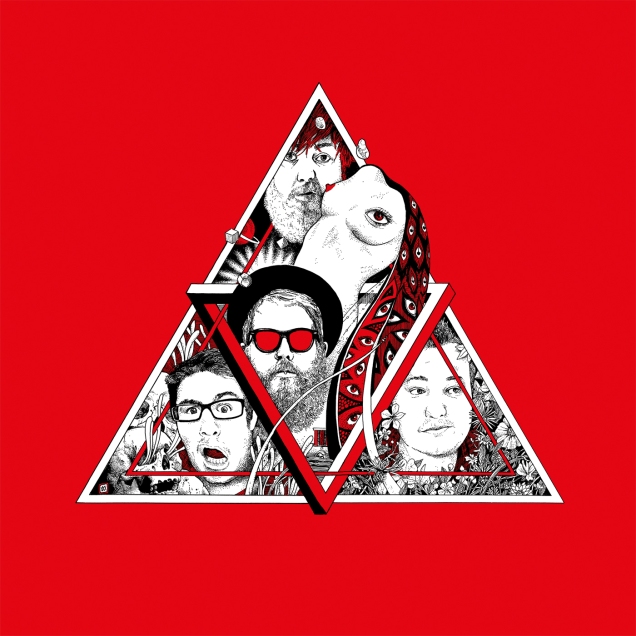 The album includes the single ‘Make America Great Again‘, which caused some consternation upon release when Trump supporters didn’t quite get the joke.

5318008 is available digitally, as well as on cassette tape, and eventually on vinyl LP. We have the tapes up in the store right now, which cost £12.50 for both the tape and immediate digital download.

Brand new release from Tokyo's @nekozepajamas. A fuzzy dream pop EP with 90s alt edges. Check out the tracks and tape via the bio link. #cassette #lofi #jrocker #cassetteculture #tapelabel #japaneseband #日本音楽
New tunes from @closetorgan over on the Badncamp
This lot @gohogwyld are crowdfunding to record and release their debut SwaggerPop(TM) album. It's going to be huge. Check out their bizarre rewards at the link in our bio. #hogwyld #band #kickstarter #crowdfunding #newmusic
New single from @closetorgan 'Fuck the Home Office' is a two fingered salute to one of the most odious, despicable government departments the UK has ever seen. Their appalling treatment of the most vulnerable people under the 'hostile environment' policy is executed in a deliberately vindictive and cripplingly incompetent manner - with zero interest or concern for those caught up in the purposefully obtuse and ever changing set of contradictory rules and regulations. Seemingly accountable to nobody, they gleefully brandish their vast powers to bring misery to peoples lives - splitting up families, locking up children, and conducting dawn raids.
Yeahhhh #vinylcollection #vinylrecord #vinylcollector #dreamwife @dreamwifeband
Shed is for sale.
Tapes tapes tapes #cassettes #cassettetapes #cassetteculture #diylabel #indiemusic #indielabel #tapecassette
NEW RELEASE from HOG WILD. GOLD TAPES*. Electro-tinged grunge pop. Limited edition of just five. Available in the shop. #hogwild #newmusic #cassetteculture #cassettetape #cassettetapes #music #musician #indielabel #musicproducer #musicproduction #lofi #recordlabel
Loading Comments...
%d bloggers like this: